written by The Traveling Gentleman July 11, 2017 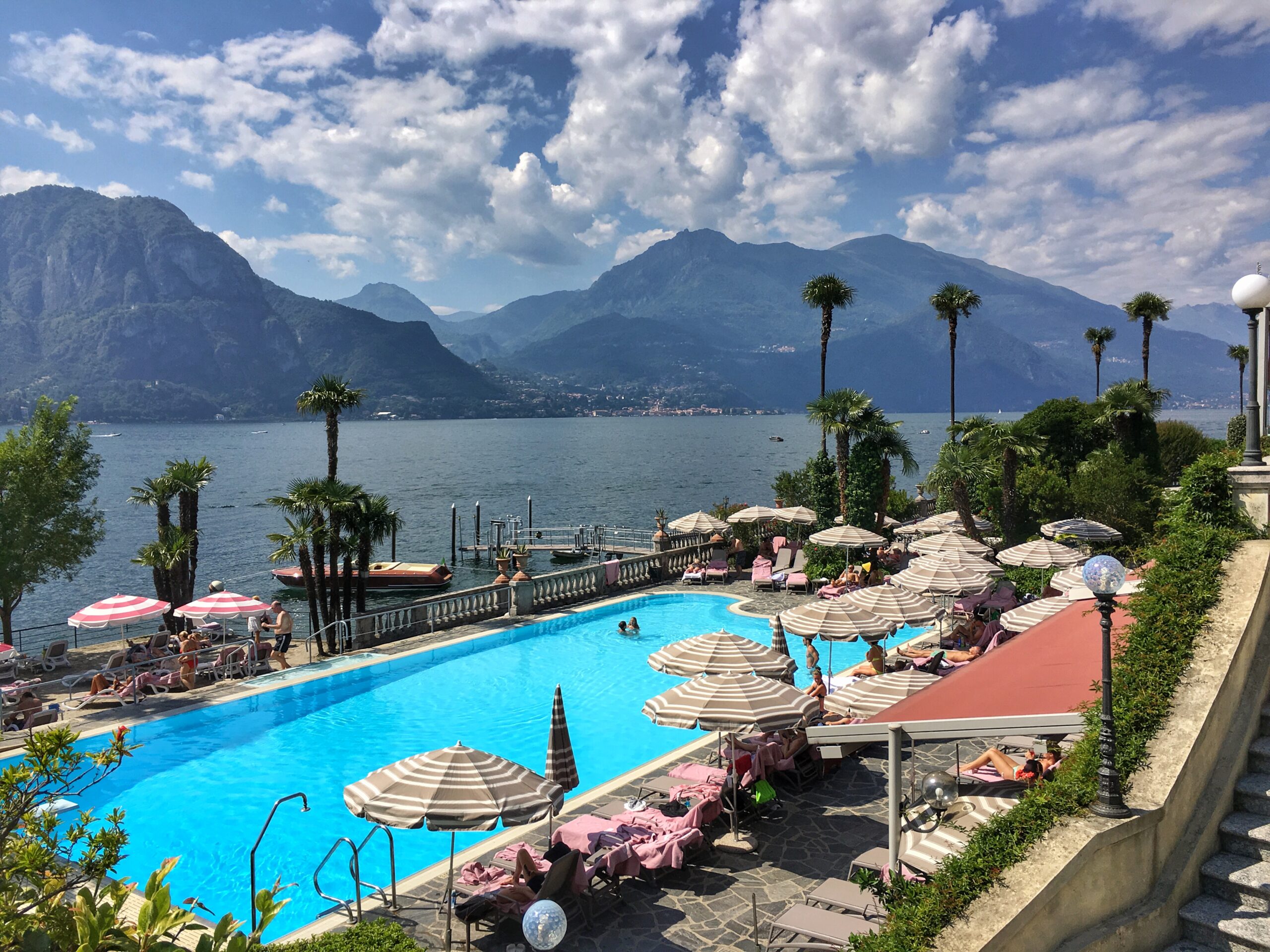 Enchanting Grand Hotel Villa Serbelloni in Bellagio, Lake Como, Italy, is set in one of the most beautiful locations in the world. Construction of the luxurious villa began in 1850 for a noble family from Bergamo: Count Frizzoni and his wife. Four years later in 1854 work was finished in time for the Countess’s birthday. In 1873 the villa was transformed into a grand hotel for the rich and famous. It was an immediate success and the hotel was frequented by nobility and aristocrats. The hotel is surrounded by lush Italian-style gardens with beautiful Mediterranean and subtropical plants. The lavish interior consists of frescoed ceilings, gilded frames, Persian carpets, Murano crystal chandeliers, marble staircases and classic furniture. Through the years many famous guests have stayed in the hotel such as Douglas Fairbanks, Clark Gable and Al Pacino. Former guests John F. Kennedy and Sir Winston Churchill even have two suites named after them.

The great thing about Grand Hotel Villa Serbelloni is not just its lovely position on the peninsula by the lake but also the fact that it is located right next to the charming historic town of Bellagio. The second you leave the hotel through its gates you are immediately in the middle of everything: the restaurants, the wine bars, the shops and Bar Pasticceria Rossi for your morning coffee. This elegant caffè is located opposite the ferry stop and its nice to see all the boats come in or even better to hop on the next ferry for a day trip to one of the many wonderful spots on the lake. From the terrace of the Grand Hotel you can see Villa del Balbianello https://en.wikipedia.org/wiki/Villa_del_Balbianello in the background which was used in the James Bond movie Casino Royale (2006) and Star Wars: Episode II: Attack of the Clones (2002).

The King Cole bar at the St. Regis Hotel

Varenna: one of the most beautiful towns on...