The King Cole bar at the St. Regis Hotel

written by The Traveling Gentleman January 1, 2017 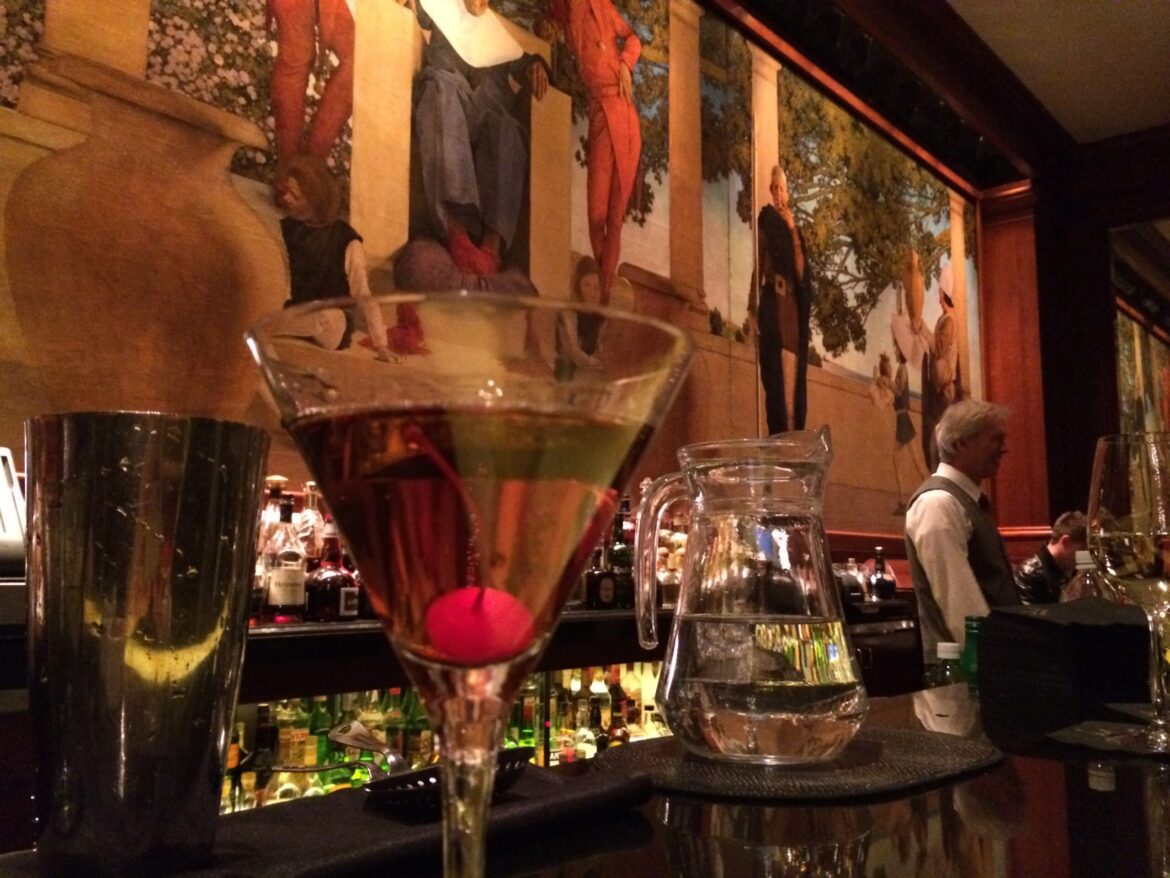 The King Cole bar at the St. Regis Hotel, New York, is always a favourite stop when visiting New York. It was at this iconic bar that the famous brunch cocktail, The Bloody Mary, was created in 1934 by bartender Fernand Petiot.

The St. Regis hotel New York was built by John Jacob Astor IV in 1904 as a companion to the original Waldorf (1893) Astoria (1897) Hotel (which buildings were demolished in 1929 and replaced by the Empire State Building). Astor was one of the wealthiest men in America at the time and was probably one of the most famous passengers that died eight years later in the sinking of the RMS Titanic in the early morning of April the 15th in 1912.

It was Astor’s son in law Serge Obelensky, a Russian aristocrat with a preference for vodka, that brought Fernand Petiot from Paris to work at the St. Regis hotel in New York. The drink was served as a “Red Snapper” which was a name less vulgar than “Bloody Mary” for such a grand establishment. Some mixologists suggest that a version of this cocktail was already created by Petiot in Paris in the 1920s when he was a bartender at the legendary Harry’s New York bar which had Ernest Hemingway as one of its regular customers. You can read more about this Parisian bar: https://travelinggentleman.com/cocktails-and-bars/classic-cocktail-boulevardier/

Today their signature Bloody Mary is still served as a Red Snapper. Besides the cocktails, this hotel bar is also famous for its gigantic mural called “Old King Cole” painted in 1906 by artists Maxfield Parrish. This painting was originally made for Astor’s 42nd street hotel The Knickerbocker but ultimately ended up at the St. Regis in 1932.

This is the website of the King Cole Bar: https://www.marriott.com/en-us/hotels/nycxr-the-st-regis-new-york/dining/