written by The Traveling Gentleman July 25, 2017 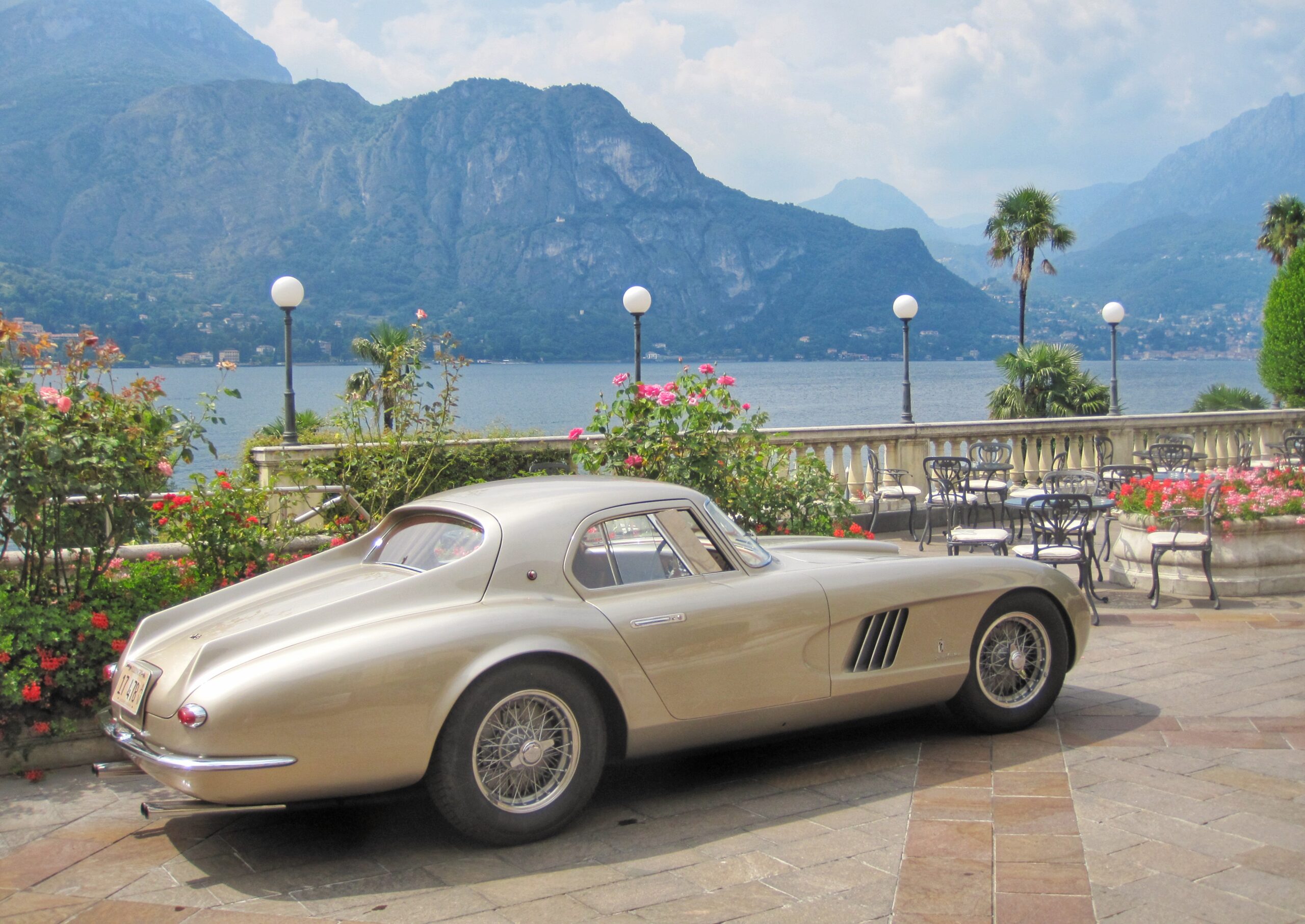 Only 26 Ferrari 375 MM were produced From 1953 until 1955. Probably the most famous one is the 1954 Ferrari 375 MM Pinin Farina Berlinetta Speciale with chassis 0456AM. This sports car was first shown at the 1954 Paris Auto Salon and was ordered by Italian movie director Roberto Rossellini for his wife, Swedish movie star Ingrid Bergman, who was famous for her role as Ilsa Lund in the 1942 classic Casablanca. The Ferrari was designed and custom made by Pinin Farina in a one-off body and a new unique colour: Grigio Ingrid. Some years ago I was lucky to stumble upon this masterpiece on wheels when I stayed at Grand Hotel Villa Serbelloni in Bellagio. It is always so nice to see a classic Ferrari out in the open and to have enjoyed this beauty with the natural backdrop of Lake Como made it even more special.

Besides the first prototype which was built by Carrozzeria Alfredo Vignale (Chassis 0286AM) and the one-off 375 MM Coupé by Ghia (Chassis 0476AM) all bodywork was done by coachbuilder Pinin Farina from Turin. One Pinin Farina (Chassis 0402AM) , which was also owned by Roberto Rossellini, was rebodied from a Spider to a Berlinetta in 1955 by Carrozzeria Scaglietti after Rosselini crashed his Ferrari into a tree. The MM stood for Mille Miglia (Thousand Miles), the famous Italian road race which took place from 1927 to 1957. Four Ferraris 375 MM, including the prototype, were converted from its predecessor, the Ferrari 340 MM.

The sports racing car came in two versions: the open two-seat roadster named Spider (Spyder) and the fixed-roof coupé called Berlinetta. The 375 MM was originally made as a competition car for the Ferrari factory racing team but a handful, called Speciale, were made as customer cars fit for the road. The 4.5-liter V-12 engine, that came in two versions (Tipo 102 and Tipo 108), was designed by Aurelio Lampredi and could produce 335 horsepower. The Ferrari 375 MM would win several races in its inaugural year including the Spa 24 Hours and the 1000 km Nürburgring which resulted in Ferrari winning the first edition of the FIA World Sportscar Championship In 1953.

Here you can find all the models of the Ferrari 375 MM: https://en.wikipedia.org/wiki/Ferrari_375_MM

Magnificent : the car, the surroundings, the characters involved, and the linked lures…

My name is Oscar and I am one of the brothers who started the menswear clothing company Grand Le Mar.

We produce high-end clothing (for example, Italian suits) to affordable prices. It’s a really new and exciting concept. Here is a video about Grand Le Mar:

Please have a look at the video.

We were wondering if it is possible to reach you somehow? Do you have an email address perhaps where we can reach you? We have a proposal we would like to present.