written by The Traveling Gentleman July 14, 2019 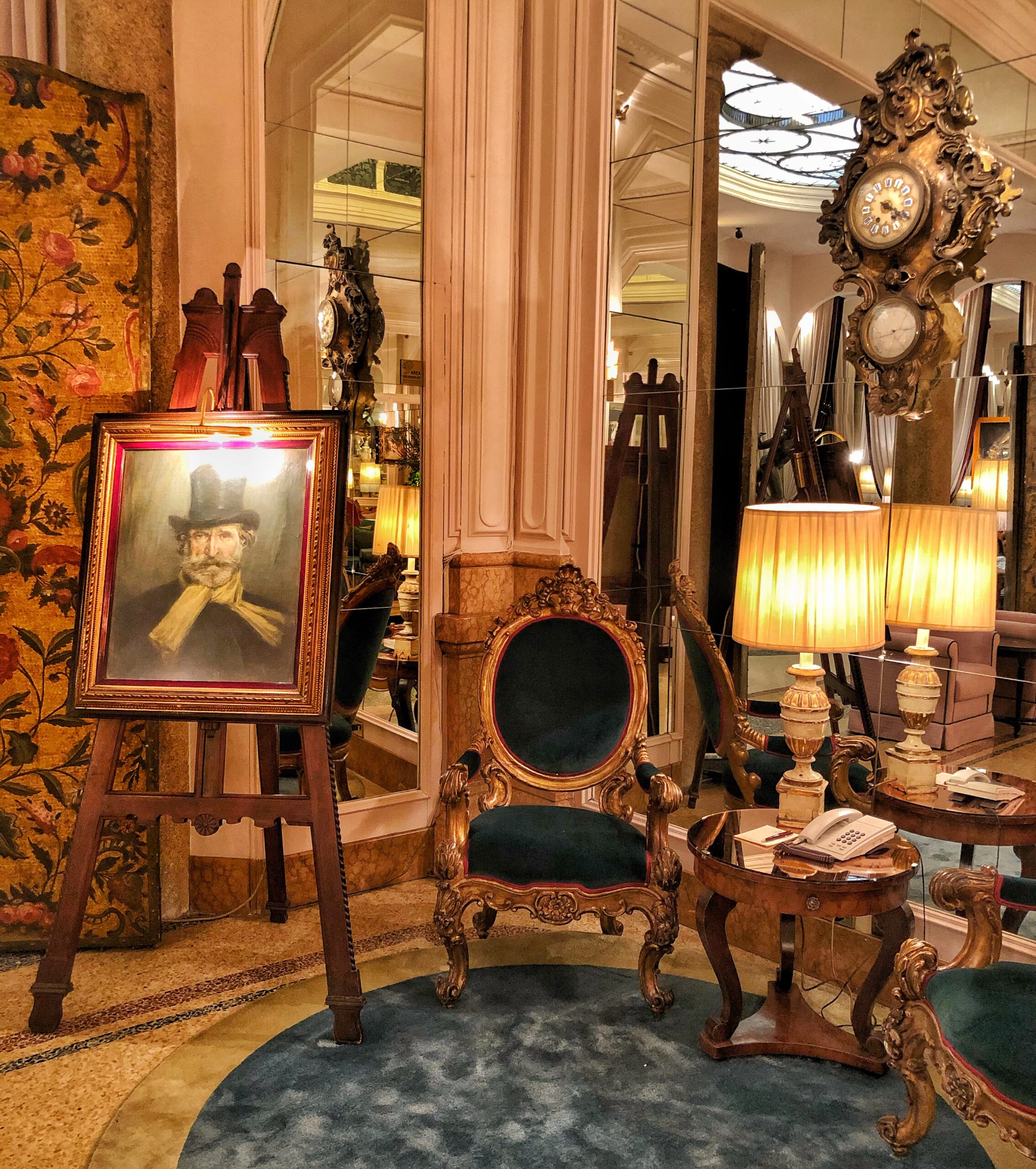 Legendary Italian composer Giuseppe Verdi moved into Grand Hotel et de Milan in 1872 which was the year after his famous opera Aida premiered in Cairo. Verdi established his residence in one of the suites and lived at the hotel until his death at the age of 87 on the 27th of January in 1901. One of the reasons Verdi chose this hotel was its proximity to the famous opera house Teatro Alla Scala which is walking distance from the hotel. During his stay at Grand Hotel et de Milan Verdi composed his last two operas: Otello (1887) and Flastaff (1893).

The Presidential Suite at this Grand Hotel is dedicated to the maestro Giuseppe Verdi and is known as the Verdi Suite. The suite consists of two parts (suite 105 and 106) which can be separated from each other. One part (suite 105) is a lounge with period furniture, paintings and the composers’s writing desk which can be used for receptions and the other part (suite 106) is the actual bedroom with a bathroom.

Grand Hotel et de Milan opened its doors in 1863 and even though the name suggests otherwise the hotel feels more like an intimate, traditional Milanese “house” than a grand hotel. Besides Giuseppe Verdi many famous guests have stayed at the hotel including Maria Callas, Ernest Hemingway and Vittorio de Sica. The hotel is perfectly located in the city center and just a few steps away from Milan’s famous fashion district: “Quadrilatero della moda”. When you leave the hotel and cross the street you will enter the district on Via Monte Napoleone with all its famous Italian designer shops. At Via Monte Napoleone 8 you will find Caffè Pasticceria Cova which is a true Milanese institution and perfect stop for coffee, an aperitivo or lunch.

Here are some useful links:

Varenna: one of the most beautiful towns on...