written by The Traveling Gentleman October 13, 2020 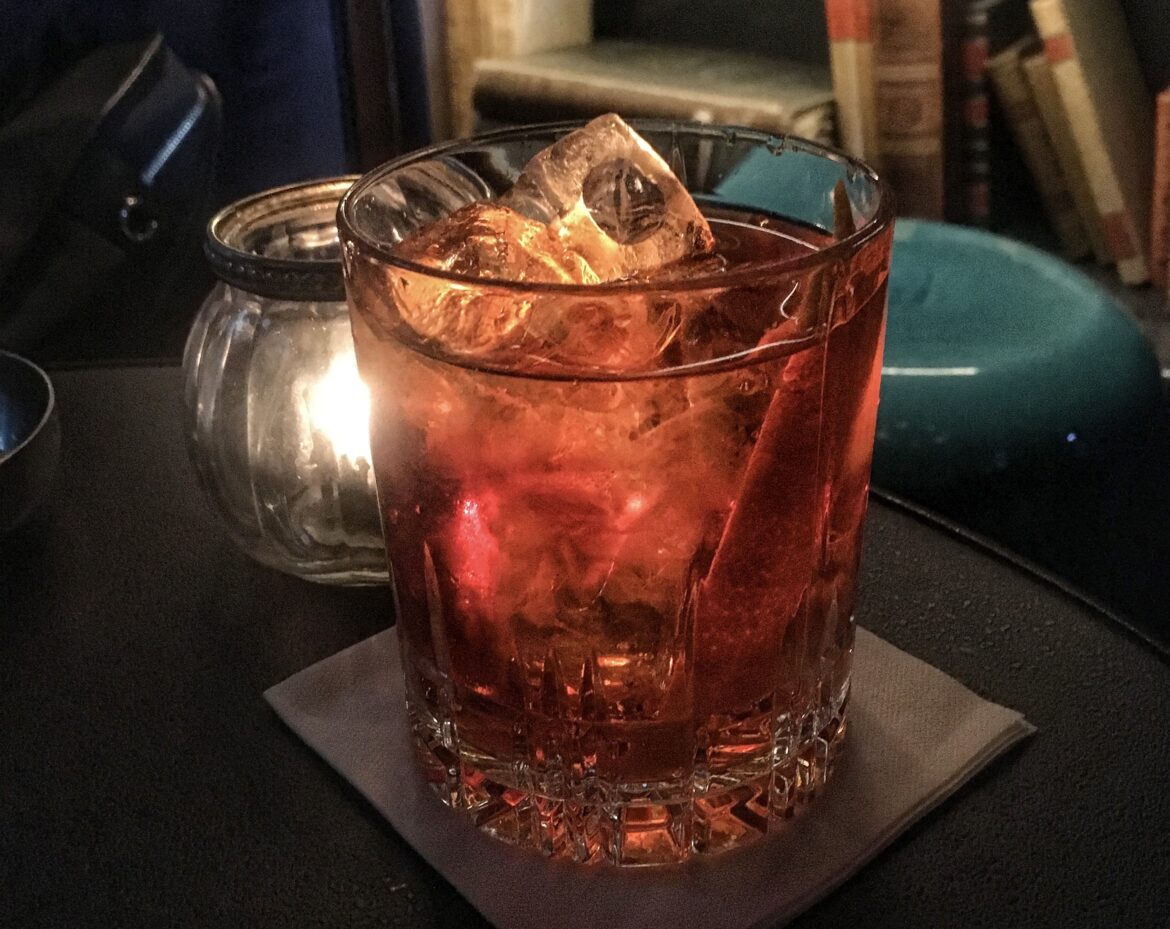 The Boulevardier. This almost forgotten cocktail has made a comeback in the last couple of years. The Boulevardier first appeared in the 1927 bartender’s guide “Barflies and Cocktails” and was created at the legendary Harry’s New York Bar in Paris. This bar was originally a Parisian bistro that was acquired by American jockey Tod Sloan who converted it into an American bar. His partner owned a bar in Manhattan that was dismantled and shipped to Paris to recreate the atmosphere of a New York Saloon. On Thanksgiving Day, 1911 “New York Bar” opened its doors at 5, Rue Daunou.

Sloan had hired Scottish barman Harry MacElhone to run his establishment. After World War I MacElhone moved to London to work at Ciro’s Club. In 1921 he published “Harry of Ciro’s ABC of Mixing Cocktails”. Due to his opulent lifestyle Sloan was forced to sell the bar in 1923 to his former barman MacElhone who then added his first name to the bar. After the war Paris had become a popular destination for American expatriates, writers and artist and the bar soon started attracting this international crowd. Ernest Hemingway who had moved to Paris in 1921 was one of its clientele. Other famous guests include the Duke of Windsor, Humphrey Bogart, Coco Chanel and Rita Hayworth. In Ian Fleming’s “From a View to a Kill” James Bond remembers visiting Harry’s New York Bar as a young man.

Harry MacElhone is often credited with inventing several classic cocktails created The Boulevardier for American expatriate Erskine Gwynn who was a Parisian socialite and nephew of famous industrialist Alfred Vanderbilt. Gwynn was founder of a monthly magazine called Boulevardier which was published from 1927 to 1932 and this is how this cocktail got its name. If you like a Negroni as much as I do then it is definitely worth trying the Boulevardier. Basically you substitute bourbon for gin. The Boulevardier can be served up in a cocktail glass or on the rocks in an old fashioned glass. Cheers!

The King Cole bar at the St. Regis...